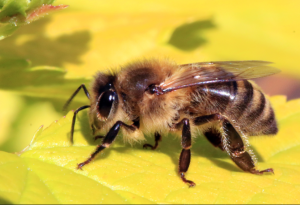 Southern California is home to three types of bees — Africanized, European and bumblebee. All of Southern California’s bees play an important role in pollinating the region’s flowers and crops. Due to the decline in bee population we do our best to save as many colonies of bees as we can.

If you notice an overactive and overly aggressive hive in, on, or around your property there is a good chance they may be Africanized Honey Bees. Over the last several years we have had in increase number of sightings here in Southern California. Where most peoples immediate response is to kill the “Killer Bees” we have the tools, knowledge and patience to take an aggressive Africanized Honey Bee colony and work with them to change their temperament.

European Honey Bees which are often called Western Honey Bees are the most common type of bee we find here in Southern California. Although they are more docile than Africanized Honey Bees, don’t bee fooled. When they feel threatened they too will attack and sting you pretty good. If you notice a bee hive in a tree, wall, or fence area be sure to give us a call.

One of the largest bee species in Southern California is the bumblebee. Two different species of bumblebees live in Southern California, the bumblebee (Bombus genus) and cuckoo bumblebee (Psithyrus). Both types of bumblebee grow to 1 to 2 inches long. Bumblebees differ from honey bees since they do not have barbed stingers; this means their stingers do not detach when they sting, so they are able to sting multiple times. Bombus bumblebees are social bees with a caste system of workers, drones and queens. Cuckoo bumblebees are parasitic and lay their eggs in the hives of other bumblebees.